A software engineer by profession, Sanjay Arora has been part of show business for more than 10 years. He started as a host at the All India Radio, and developed and hosted many programs targeting Indian youth. In between, he did many stage plays, mimes, and mono acting at several places in India. He has performed versatile roles in comedy skits, plays and family TV serials in Canada and India. He emigrated to United States 10 years ago. Even though he was working as a software engineer, his passion was always in acting and film making.

Sanjay has a Degree in Electronics Engineering and PG in Management. He did Diploma in Filmmaking from New York Film Academy and  took courses in digital film editing from Detroit Film School, Michigan (USA). He attended the India Today Acting School in Toronto, where he was trained by Roshan Taneja, Bombay's famous acting guru.

As an independent film maker, Sanjay has made documentaries on Kurukshetra and Khajuraho (both in India),  and on  Luzon and  Paris (European cities). He produced and directed  five  films - 'Expression' , 'Patience ' , 'Chase' ,  'Butterfly Wings' and 'Once Again'. 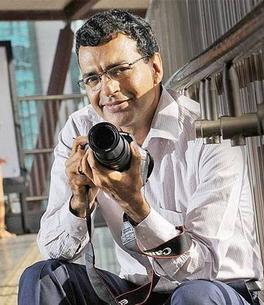